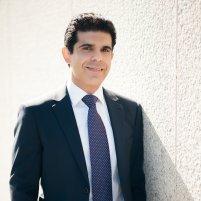 Navid Farahmand, M.D., based in Beverly Hills, California, is an interventional pain management specialist. Dr. Farahmand can manage conditions like a herniated disc in the neck or back without surgery, by using various procedures that help relieve pain.

The bones of the spine (vertebrae) are stacked one atop the other and held in place by muscles and ligaments. Between each two vertebrae sits a rubbery cushion of collagen that acts as a shock absorber that keeps the bones from rubbing together. These cushions, called discs, have a tough fibrous exterior and a soft center. If the disc is torn, injured, or otherwise deteriorates over time, the soft jelly-like material can protrude backwards and exert pressure on the spinal cord. This is what’s called a disc protrusion, bulge, or herniation.

What Are the Symptoms of a Herniated Disc?

A herniated disc can occur anywhere in the spine, although they are more common in the neck and low back. Some people have no symptoms, while others may have anything from mild to excruciating pain. A herniated disc in the low back often causes pain starting in the back that shoots down one or both legs. A disc herniation in the neck typically presents as neck pain that travels down one or both arms. In many cases, they also cause weakness or numbness of the affected extremity.

How Is a Herniated Disc Treated?

Conservative therapy for a herniated disc often begins with an exercise program under the supervision of a physical therapist or chiropractor. Exercise typically has several objectives: relieve or reduce pain, strengthen the muscles supporting the spine, and teach the patient how to move in ways that don’t make the pain worse. Traction, heat, ice and ultrasound are other modalities that may help. In patients who do not respond to these measures, more aggressive forms of treatment such as the use of prescription medication, or the delivery of steroids to the spine via a variety of interventional techniques, can be applied. Lastly, for individuals who are not surgical candidates, implantable therapy such as spinal cord stimulation and administration of stem cell therapy can be considered.

Can a Herniated Disc Be Cured?

Surgery can remove a herniated disc, but most people (nine out of 10, according to the Mayo Clinic) can be managed with conservative therapies. Patients can continue to live an active, restriction free and pain-free lifestyle. Some may experience an occasional flare-up of symptoms even though the herniated disc has not been removed. If the patient develops progressive numbness or weakness in an extremity, has difficulty standing or walking, or has loss of bowel or bladder control, surgery (which “cures” the problem by removing the disc) may be recommended.